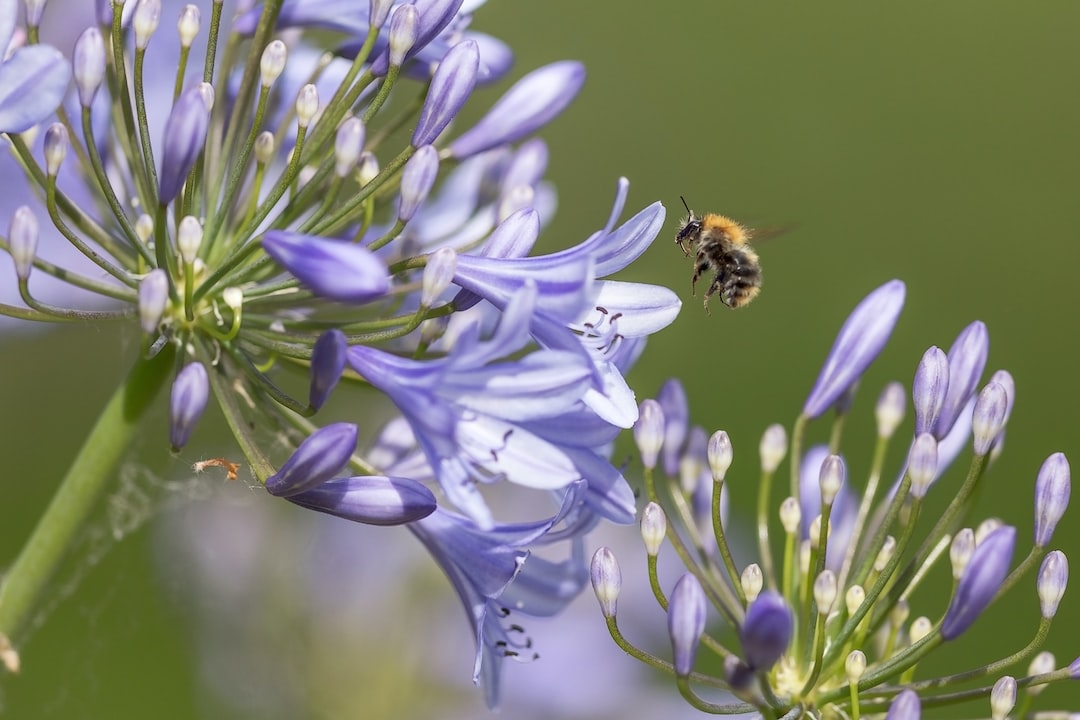 Forget about honey, pollen and royal jelly. Think of a world without beans, tomatoes, onions and carrots; not to mention hundreds of other vegetables, oil seeds and fruits that are dependent upon bees for pollination.

These industrious insects have been around for over 125 million years and, although bee numbers are sadly declining, the remaining survivors continue to be invaluable to our planet in numerous ways.

Bees and plants need one another. Insect pollinators such as bees and flower-bearing plants are the perfect example of a symbiotic relationship in nature. Bees need pollen and nectar for food and honey making; flowers need their pollen transported to other flowers, and then another flower’s pollen brought back in order to reproduce and make seeds.

.Without bees we'd starve to death.. One out of every three bites of food we eat has been pollinated by a bee; they are responsible for about 35% of all food production globally. Honeybees pollinate about 50 crops in South Africa such as apples, asparagus, avocados, blueberries, broccoli, celery, cherries, citrus crops, cranberries, cucumber and melons, just to name a few.

Their value to the economy is approximately R10,3 billion per annum.

Bee pollination boosts yields. The more bees there are, the more fruit you get.

In China, wild bee populations have declined to levels where farmers are now hand pollinating their orchards. Imagine the cost of labour to complete this task as well as the inefficiency.

The decline of bee populations shows that somethings wrong in our environment. One of the prime suspects of bee die-offs is a dangerous new group of pesticides called neonicotinoids. These pervasive killers are found in crops from corn to almonds, and in products around the average home like pet flea treatments and lawn care products. They are believed to damage the immune systems of bees, rendering them unusually susceptible to disease.

Bees are the only insect that produces food eaten by man. Honey is the only food that includes all the substances necessary to sustain life, including enzymes, vitamins, minerals, and water.

It’s the only food that contains pinocembrin, an antioxidant associated with improved brain functioning.

How to encourage bees and other pollinators to our gardens. An insectary garden designed to attract bees and other pollinators will increase your harvest of fruit and vegetables. Insectary gardens play an important role in preserving the diversity of ecosystems in modern times. Native plants, which provide food and nectar for many more insects than non-native plants do, are the foundation of a pollinator-friendly garden.

Pollinators depend on combinations of plants that bloom from spring through summer and autumn.

It is a good idea to include a variety of flowers in your garden that will bloom at different times of the year.

Bees are especially attracted to blue, purple, and yellow flowers.

Native wildflowers provide bees with the most nutritious pollen and nectar, whereas many hybrid varieties are often all show, offering little or no nectar. Wildflowers also require less care than other imported varieties of flowers; often requiring less water, fertiliser, and pesticides than showy exotics. Single flowers are best - those with one ring of petals provide more nectar and pollen than double flowers, in which extra petals have replaced pollen-laden anthers. Similarly choose scented flowers in preference to unscented blooms.

When you plant your bee garden, a diverse array of other wildlife will also be attracted to and further benefit your garden such as butterflies, wasps and birds. • Indigenous trees particularly recommended by beekeepers are sweet thorn, karee, bush willows, weeping wattle and tree fuchsia. • Colourful indigenous plants include agapanthus, aloes, asparagus fern, Cape violets, clivia, euryops daisy, felicia, gazania, carpet geranium, ribbon bush, lion’s ear, osteospermum, butterfly bush, Cape honeysuckle and vygies. • Many attractive non-indigenous plants also produce nectar profusely. These include alyssum, aster, calendula, forget-me-not, iris, nepeta, hollyhock, Michaelmas daisies, lavender, poppies, primula, salvia, sedum, sunflower and zinnia. For a herb garden, plant borage, chives, fennel, mint, marjoram, oregano, rosemary and thyme. • Beekeepers in all South African provinces are dependent on gum trees as a forage resource for their honey bees. Eucalypts provide a reliable pollen source and nectar flow, and can be used almost year-round as there are several species that flower at different times of the year. • Some Eucalyptus species can invade land and have a negative impact on biodiversity and water resources, or cause erosion and increase fire risk. However, because gum trees have value (for timber, for bees, for shade, for aesthetics, for protection from wind and dust, etc.), they should only be cleared where they are invading and have a negative impact. This is why the Alien and Invasive Species Regulations (promulgated under the National Environmental Management: Biodiversity Act, 2004 (NEMBA) in 2014) are nuanced for eucalypts. Landowners should know that not all gum trees need to be removed. Eucalyptus species within streams (riparian areas), protected areas or ecosystems identified for conservation purposes should be removed. Six species are listed in the Regulations as “Category 1b” invasive species, which means they must be ‘controlled’ even outside riparian areas. But even these listed gum species can be demarcated by permit as Category 2 Invasive Species under NEMBA as bee-forage areas, wind-rows or woodlots.

Provide water and a safe environment. • A natural or lined garden pond, bird bath or large shallow bowl all offer bees good water sources. • A large flat-surfaced stone placed in the centre of a bird bath or shallow bowl just above water level makes a handy watering hole for bees, as well as a good sunning location for butterflies and birds. Use marbles or pebbles to create landing areas as bees will drown if the water is too deep. • Use organic, natural forms of pest control in your bee garden. Exploit the natural pest control services provided by beneficial insects such as ladybird beetles (ladybugs), green lacewings, praying mantises and dragonflies. • If you can't avoid using insecticides, use less persistent ones that have been proven safe for bees and other pollinators. Apply after dark when pollinators like bees are safely within their nests. Plants in bloom attract bees, so if you have to spray, do so before or after the blooming period.

"Unique among all God's creatures, only the honeybee improves the environment and preys not on any other species." ~ Royden Brown