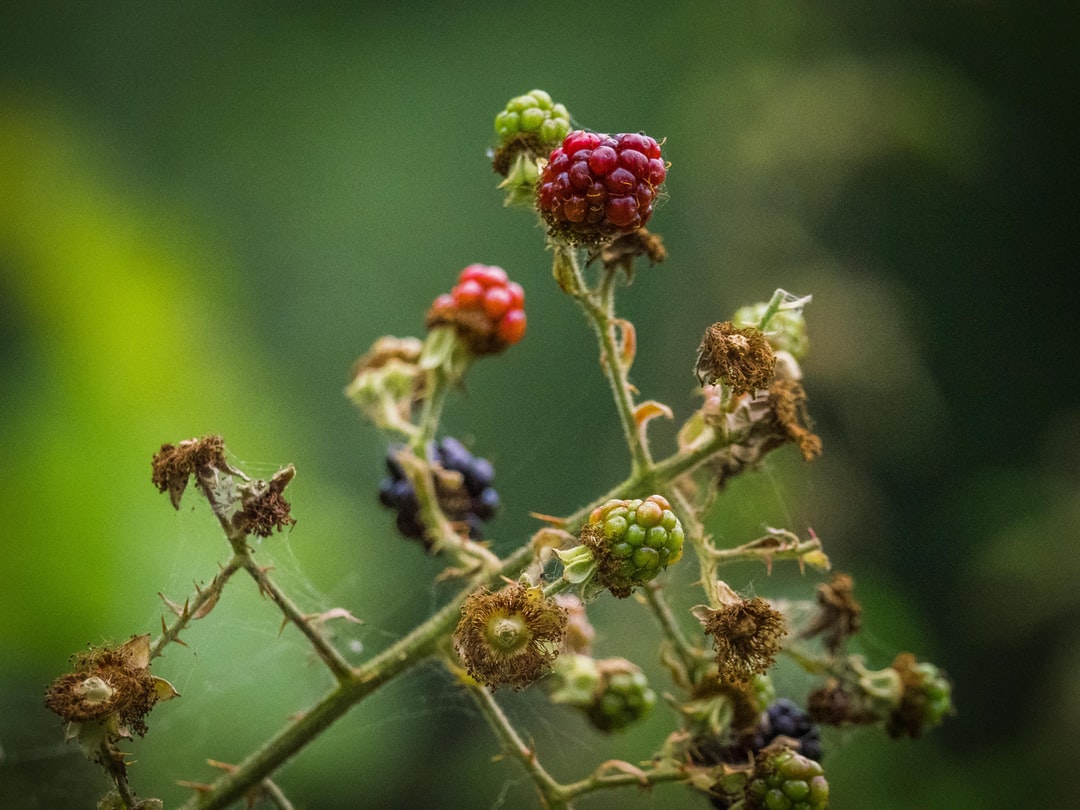 The father of structural anthropology, Claude Lévi-Strauss, was not known as a gardener. Rather his claim to fame was the idea that culture—as identified through archetypes and myths—was structured around binary oppositions such as raw vs. cooked, edible vs. inedible, and, in Trumpian America, truth vs. alternative facts (also known as lies).

The gardener’s framework revolves around pests vs. beneficial insect, edible vs. ornamental, plant vs. weed. Working within this framework, most gardeners are forever involved in a continual battle of controlling weeds, trapping snails, keeping the birds off the green plums, and trying to get rid of insect pests while attracting bees and butterflies. This ongoing battle can be joyous, fulfilling and educational (how else would one learn that soap and water can be as effective as an acetamiprid insecticide in controlling white fly).

But is it possible for the gardener to restructure their mental framework and look at their garden with new eyes? When is a weed a weed? What is edible and what’s not? Is a plum only a plum if it’s red ripe?

One of her super foods is the spekboom (portulacaria afra). Spekboom has been widely planted because of its extraordinary ability to suck in carbon dioxide. And not, as per Jane’s book, because its young leaves make a great addition to a summer salad. What else in your garden can you eat? One of the most prolific weeds in any garden is purslane (portulaca oleracea). This large fleshy weed produces multitudes of seeds and will regrow from a root speck. But purslane was not always a weed. Over time it has changed from being seen as a leafy green to—probably because it is so difficult to control—a weed. 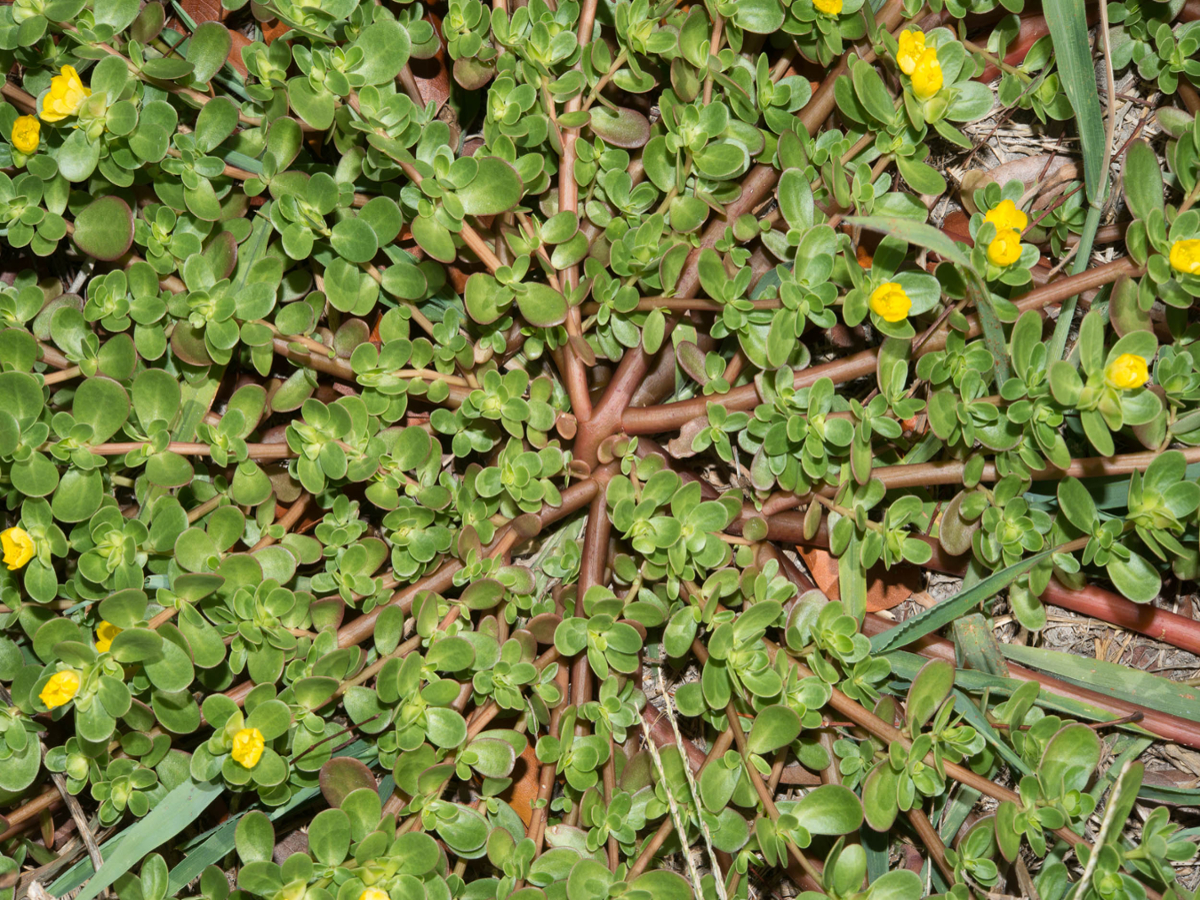 What is a weed? The most common definition is that a weed is just a plant growing in the wrong place (or a plant without a clear role or purpose). How much more relaxing would gardening be if we saw the weeds in our garden (dandelions, taraxacum, for example) as great plants for a healthy tea or in a tasty salad?

Our view of what we can or can’t eat can be culturally specific. In South Africa a staple dish is imifino (also called morogo). In the rural areas this highly nutritious slightly sour vegetable stew is made from wild herbs and leaves gathered from fallow fields around a homestead and cooked with maize meal.

Imifino is a dish as well as a category of food. There is no ingredient list and in the cities includes a mix of pumpkin leaves, kale, Swiss chard and other seasonal leafy greens. 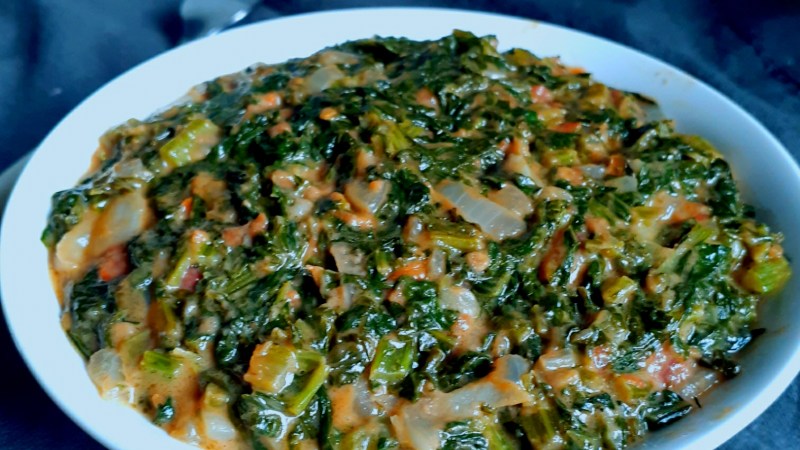 Instead of netting your fruit tree—and then being guilt ridden as your dog or cat kills a bird caught in its seams—why not think of something you can do with the fruit before you go to war with the birds. A plum is still a plum even if it is green and you’ll miss the sweet dribble of sticky juice running down your chin (but, for sure, you won’t miss that guilty feeling knowing how many birds died for that single sweet plum).

In Korea green plums are used to make maesil-chong (fermented plum syrup) which can be used in cooking and maesil-cha (plum tea). While the traditional recipe calls for Korean or Chinese plums (also known as Japanese Apricot) why not just use whatever plum species grows in your garden?

Made with green plums, tekmali is an easy to make tart Georgian chutney. Made from green plums, coriander, garlic and fresh chilli, this chutney delivers a wonderful sourness and bite to fish and chicken dishes.

There are many foods that one can eat before they are ‘ready’: in Italy pumpkin and other gourd flowers are stuffed or deep fried. In West Africa sweet potato vine leaves are prepared in many delicious ways. They can also just be cooked like spinach (just don’t forget to add peanut butter, garlic and onion).

Wolfgat, a small South African sea-side restaurant, was named as the World’s Best Restaurant at the World Restaurant Awards in 2017. Its claim to fame? A focus on foraging for hyperlocal indigenous and seasonal ingredients. Ingredients which were traditionally seen as food. But in modern times just left in the dunes and on the beach.

Global media and chefs have challenged our view of the world. We are now exposed to thousands of gardening, cooking and books on foraging for wild edible plants. Now the chef that forages is a celebrity (who has now taken the place of the TV chef who, in a version of the Fear Factor TV series, ate raw cow liver doused with bile).

Our mental frameworks (structures) often conflict with those from different cultures or even generations. For some, French toast is a savoury meal and should be slathered with ketchup and chilli. For others, this is disgusting! French toast is a type of pancake that goes with maple syrup and jam. In Zimbabwe dried mopane worms are a delicious snack; but not so much in England.

Unlike Trump supporters and anti-vaxxers, our view of the world is continually evolving for the better. Not even twenty years ago, our idealised garden would have been the English formal garden. Now we are interplanting flowers with cabbage, and the lawn has been replaced by a meadow.

The trend toward “wild” or “meadow” gardens enables weeds to now find a place. Where previously they were plants growing where they weren’t wanted, they are now seen to be beneficial for pollinators.

In the modern garden, yesterday’s weed is today's salad.